After the APM burned out following my successful flight yesterday, I swapped it out for another APM I had lying around. That didn’t work unfortunately (I’d bought it off eBay a while ago, and it was crap). I ordered another one, and now waiting till it arrives (expected delivery on Wednesday).

That’s what sucks about hardware projects like this — whereas a software project is always waiting on you, here you’re waiting on part deliveries (I’m also still waiting on the full-sized model too, which got pushed back a month; looks like the Chinese factory is waiting to do a million-product run in order for the economics to work out).

Alas, wait we shall until Wednesday for the waypoint flight.

Received the GPS unit for the F3

I just received the NEO-8MN GPS unit I was waiting on in order to get the F3 flight controller (from Seriously Pro) working in autonomous mode. Unfortunately, after extensive testing it was clear that the GPS unit I received was a cheap clone, and did not work (I’d ordered it from a Chinese store online, so I’m not exactly shocked).

I’ve ordered a replacement, but that does set me back while I wait for it to come in. Still no autopilot, so we can’t go ahead.

APM replacement is in

Finally received my APM and set it up. This worked well, and I also discovered why the previous one didn’t. The old one failed in the compass calibration process; upon further inspection, I discovered that there was a jumper that’s used to select the compass. Once I set that, it worked fine.

So I got everything in place, and took it out for a spin — despite ridiculously strong wind conditions (~45kph winds): 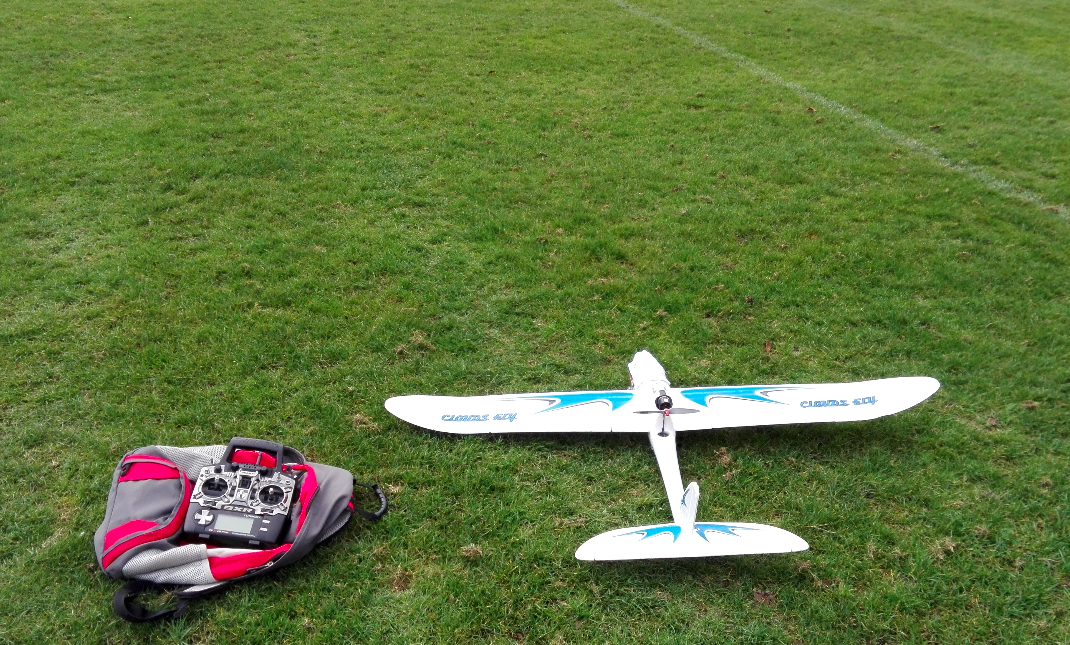 I setup the plane with some waypoints set around the football pitch and configured the AUTO mode on my radio controller.