You know how you were always trying to fit in as a kid? Well, it turns out that’s good advice for our features to heed.

It can be proved that if your features have greatly varying ranges, then it would almost certainly take longer for gradient descent to find the local minima.

For example, let’s take the features below:

Knowing what we know now, we can easily normalize \(x_1, x_2\) to fit within that range by doing:

Note: There’s another form of normalization called “Mean normalization” where you try to center the averages. Frankly, I’m feeling way too lazy to be writing about that right now .. so we’re skipping it. Read about it here if you dig that sort of thing.

We’ve discussed \(\alpha\) before, but we haven’t really talked much about how we initially decide on what value to choose.

Turns out, you just gotta try a bunch of values and see what works best. Rather than brute forcing every number in existence though, you can take a more visual approach. 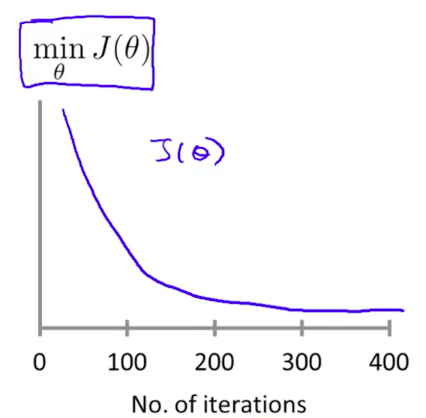 If your \(J(\theta)\) isn’t decreasing after every iteration, then something isn’t right.

You can try the following values for \(\alpha\), starting with the smallest and moving up (until you see the values diverge):

An interesting aside is that you can make all sorts of crazy changes to your initial data and magically conjure new features that way.

The action starts with a plot of the feature itself vs. the output you’re measuring: 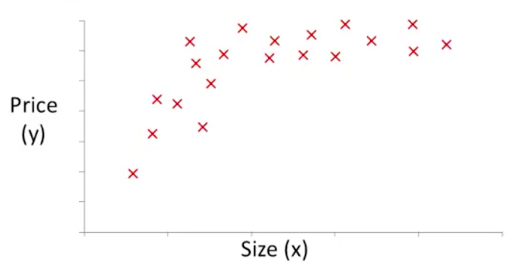