Here’s what we learned from the last flight:

From today onwards, before every flight, I’ll be following the below sequence:

I made a few more departures from previous attempts:

I made a video of the flight attempt but my crappy camera recorded a corrupt file. Here’s what happened: 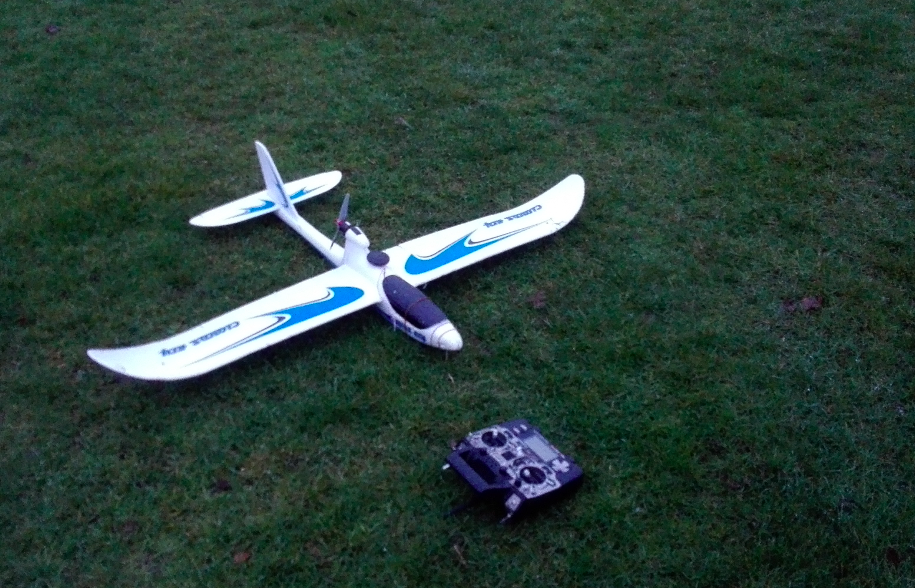 It was snowing today but I decided to take it out anyway. This time, I made sure to follow the pre-flight checklist and the take off was really smooth. There was just one issue — I couldn’t get much lift. Despite applying full elevator the plane was unable to stay up in the air for long. It was stable, so it wasn’t a center of gravity problem — it just didn’t gain altitude.

After a few attempts, all ending up with the plane gliding down to the ground (despite full throttle and max elevator), I stopped trying. I went back and checked on the weight (something I hadn’t done earlier): 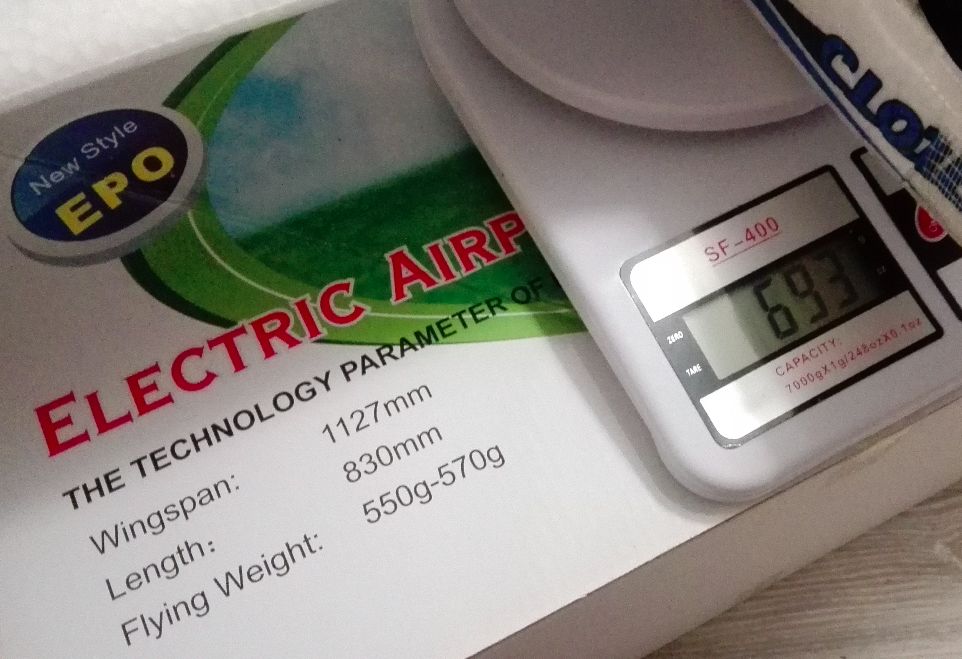 There you go. The recommended weight is between 550 - 570g and my plane weighed in at 693g! That’s 123 grams over the manufacturer limit, no wonder.

A heavier plane needs to move faster in order to stay in the air. The faster speed would result in more lift, but it comes at the cost of greater drag. In order to overcome this increased drag, we need to have more thrust.

I now have two options:

Lesson learned: Shed some weight or increase the thrust (with a faster/torque-ier motor, or a larger prop)